I LOVE watching Chopped! even though it involves a lot of reverence for dead animal “proteins.” The creativity in throwing together random ingredients in a short period of time isn’t too far off from how I often cook dinner, albeit with less totally obscure ingredients (by vegan standards).

So when they announced the ingredients for the Vegan MoFo Chopped! basket, I knew I had to give it a shot. They are: radish, oolong tea, fresh prune plums, and jalapeno. It took me a little time to mull it over (look, I won’t do well on the real “Chopped”), but I decided to look to Indian cooking for inspiration and make channa masala with some plums in the spicy tomato sauce base, radish salad, and basmati rice cooked with oolong tea.

First I cooked the tea that I later added the rice to: 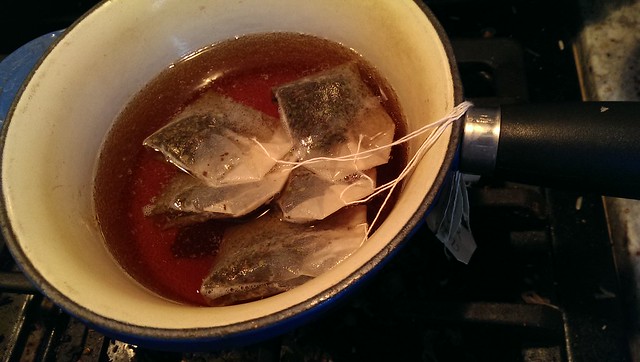 Then chopped the plums (I couldn’t find prune plums, but fresh purple ones from the market are close enough), jalapenos, and tomatoes for the masala sauce: 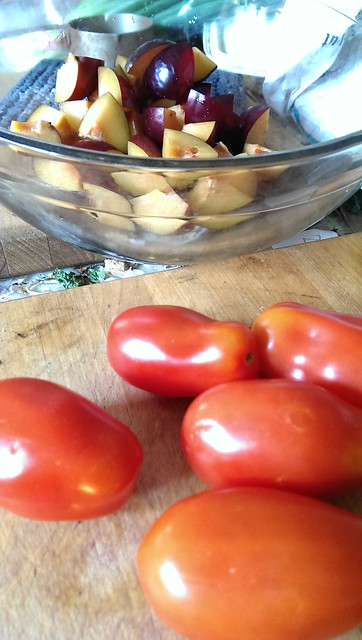 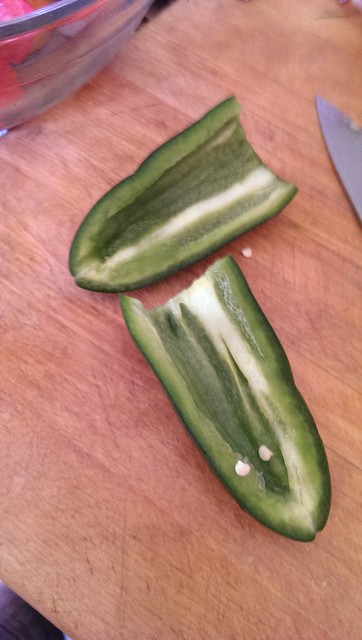 The sauce started with cumin seeds toasted in coconut oil, then a minced shallot, some ginger, ground coriander, and the jalapeno went in: 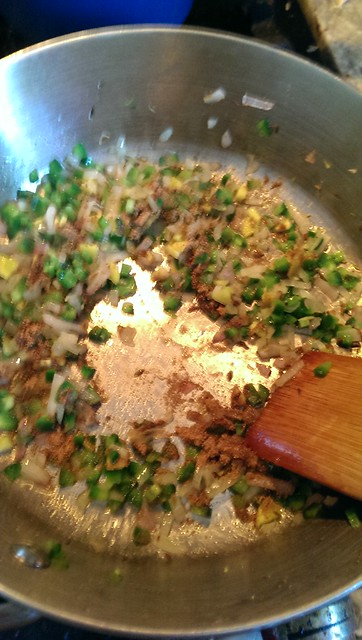 Followed by the plums and tomatoes: 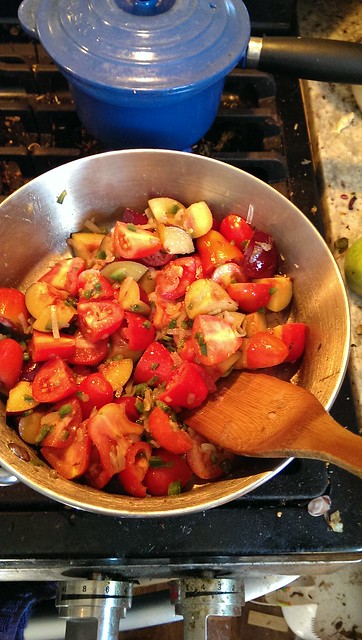 Then cooked it down for quite some time, adding a splash of water when it looked to be drying out, before hitting it with a little immersion blender action to really get it saucy before adding the chickpeas to cook for a while: 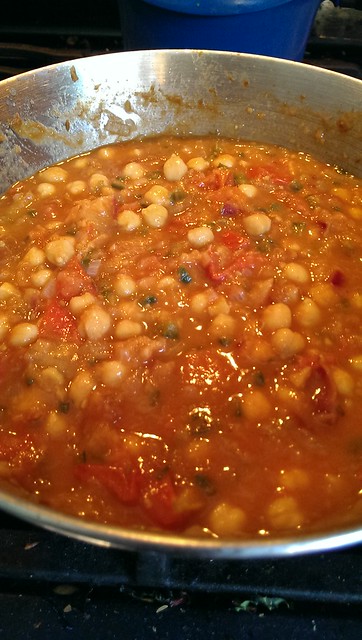 Later I added a handful or two of fresh spinach to bump up the color and nutritional value, plus a sprinkle of garam masala and a squeeze of lime juice before serving.

The last thing is the salad. I shredded several french breakfast radishes with the julienne peeler: 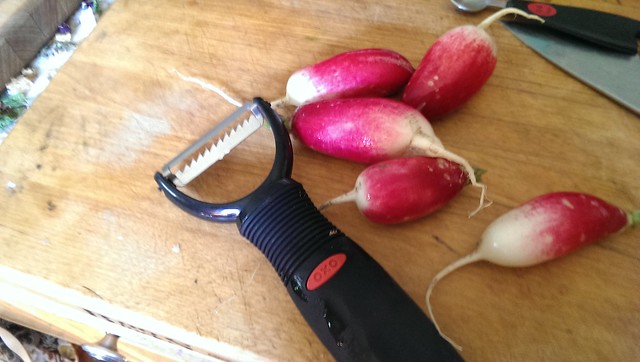 And tossed with fresh ginger, a couple beautiful stripey tomatoes, cilantro, and lime juice. It’s supposed to have more jalapeno, but I forgot–at least I have the peppers in the curry sauce already! 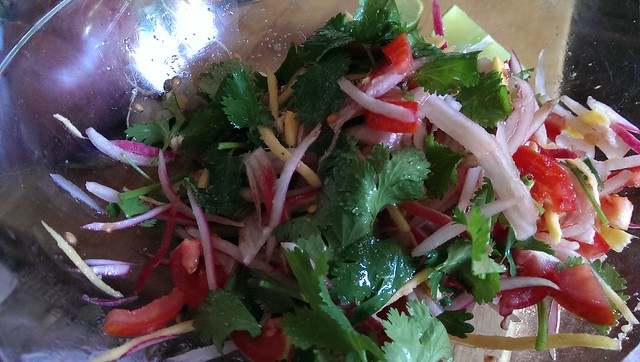 End result is rather pretty, and, I think, tasty. 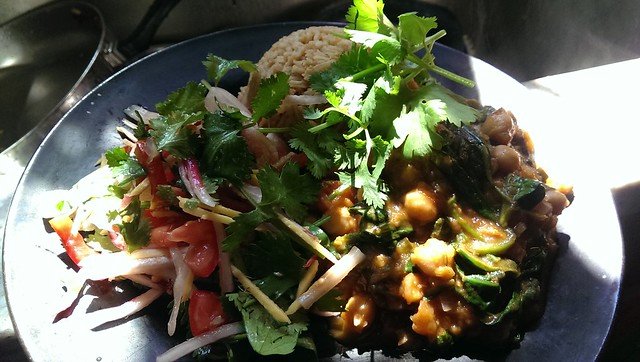 What did YOU come up with?